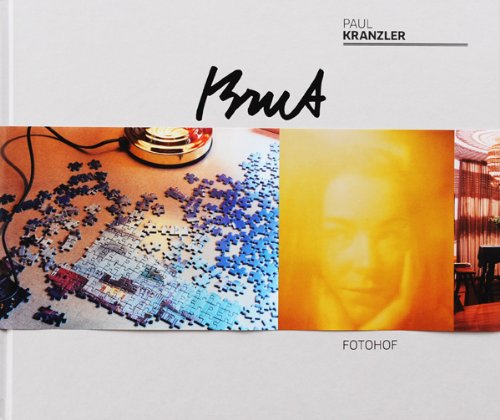 Paul Kranzler: Brut (English and German Edition)
by Paul Kranzler
Publisher's Description
Austrian photographer Paul Kranzler is a storyteller. In his acclaimed books Land of Milk and Honey (2005) and Tom (2007), Kranzler applied his socio-documentary style to tell ruthless yet sensitive stories of people and environments in rural Austria. In Brut, Kranzler turns his lens on his own family, choosing 120 images from among the thousands he has taken of his family since 2004, and providing revealing captions about family history and the realities of everyday life. “In the living room my father likes to show slides he took in the States in the 1970s,” writes Kranzler. “He says that the town of Traun is Austria’s equivalent to Los Angeles, and he’s not wrong.” Once again, this influential photographer creates an atmosphere in which intimate images emerge.