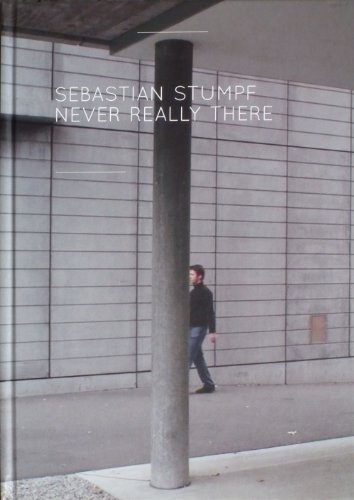 Sebastian Stumpf: Never Really There (English and German Edition)
by Sebastian Stumpf
Publisher's Description
The first exhibition catalog from emerging photographer/filmmaker Sebastian Stumpf explores the gaps in public space and the accessibility of pictorial space in various media. The video project documented in this catalog is part of a group called Leaving White Spaces, which are produced in different art institutions and then projected at the site of their production. There are also 28 photographs of Stumpf literally standing on doors and walls between the gaps of buildings in Tokyo. While there are clears signs of life, the only figures inhabiting these architectural spaces is Stumpf's. The Liepzig-based artist, a student of renowned photographer Timm Rautert, is included in the upcoming 2010 Berlin Biennale. His photographs flash us back and forth between our lived experiences of cities and the possibilities available in the gaps.
ISBN: 3902675365
Publisher: Fotohof Editions
Hardcover : 88 pages
Language: German