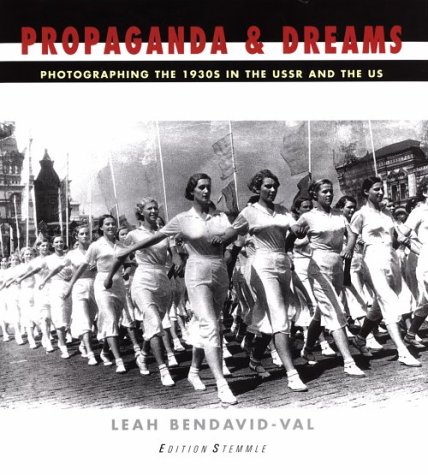 Propaganda and Dreams: Photographing the 1930s in the USSR and the US
by James H. Billington
Publisher's Description
The companion to a major exhibition at the Corcoran Gallery in Washington, D.C., Propaganda and Dreams contrasts the official photographic programs of the Depression-era American New Deal with the Soviet Five-Year Plans of the same period. This shockingly astute comparison reveals unmistakable similarities in style, content, and method, while at the same time fleshing out the differences that would drive these two massive nations into the Cold War. Many well-known photographers like Rodchenko and Dorothea Lange are included alongside more obscure practitioners.
ISBN: 3908161800
Publisher: Edition Stemmle
Hardcover : 224 pages
Language: English