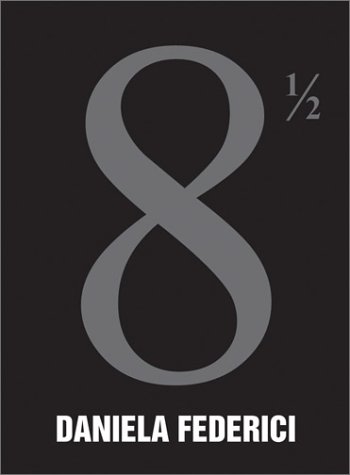 8-1/2 is the first book devoted to the work of fashion and celebrity photographer Daniela Federici. The title refers to Federici's eight and a half years in the United States. It also pays homage to Fellini's film '8-1/2,' reflecting her love of the Italian cinema of the 1950s and 60s- an influence that is evident in her earliest work. In her early twenties, Federici encountered overnight success as a professional photographer: one of her first high-profile comissions was the famous Guess campaign starring Anna Nicole Smith. Federici soon became established as a photographer in the worlds of fashion, music, and celebrity.

A lavish ode to nearly a decade of fashion and celebrity, 8-1/2 features brilliant portraits of famous faces including Heidi Klum, Prince, Catherine Zeta-Jones, Antonio Banderas, Sharon Stone, and many others. 8-1/2 spans the years and range of Federici's styles, showcasing not only her celebrity portraits, but also the cinematically composed high-glamour fashion photography for which she is in constant demand.

Daniela Federici was born in the late 1960s in Melbourne, Australia, where she studied film and photography. Her work has been seen internationally in publications such as Vogue, Mirabella, Harpers' Bazaar, Marie-Claire, Vibe, Interview, Stern, GQ Elle, and Esquire. Her commercial clients include Guess, La Perla, Nike, Sony, Warner Brothers, and Miramax. She has directed music videos and television commercials, and her own television program, Nomad, on travel, art, architecture, design, and culture. She is also pursuing feature film projects.