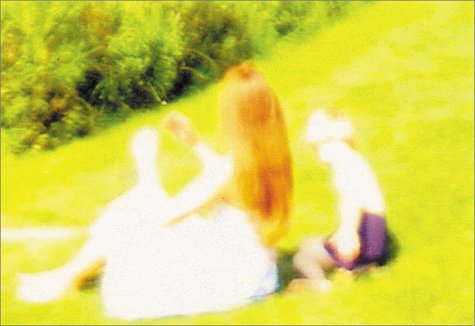 Well-known for creating lyrically concise images of her family, Annelies Strba has always known how to use photography to transform reality into a dense and dazzling alternate universe. In her new work she takes her tried approach one step further. Using a digital camera, Strba creates stills that she then colors with the aid of a computer, leaving behind the trappings of naturalism and realism to invent images of a perplexingly intense visual wonderland. Candy- colored flowers, cities in delicate hues of sepia, and portraits of young women reminiscent of Seurat and Bonnard fill these photographs through radiating smudges, iridescent pixels, and lurid and lyrical colors. Rather than speak the cool visual language of a technophile New Economy that has of late lost its shine, Strba uses digital technology to summon imagery that surmounts its clinical origins. With it she charts the territorythat lies in between painting and photography, in all of its razzle-dazzle of scintillating colors and exploding shapes. Annelies Strba was born in 1947 in Zug, Switzerland. She has been the subject of one person exhibitions in the United States, England, France, Germany, and Switzerland, and has been in group shows in Australia, Belgium, England, Germany,Japan, and Switzerland, among others.
ISBN: 3908247578
Publisher: Scalo Publishers
Hardcover : 160 pages
Language: English