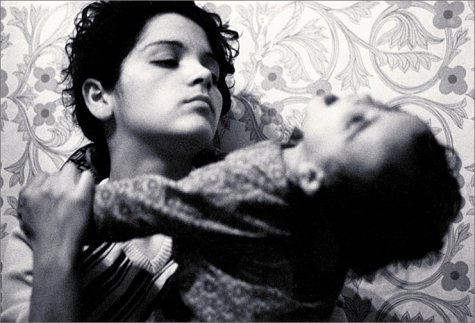 For almost 30 years, Swiss photographer Iren Stehli followed the life of Libuna, a gypsy living in Prague, and her family.This book is a moving long-term study, a precise and close look at a life on the margins of Eastern European society under Communism and after the Velvet Revolution. It's a saga of love, tenderness, and pain, a testimony to Libuna's indomitable strength and lust for life. Not only an innovative and sensitive chronicle of the ups and downs of a woman's life, the rich details of the images in Libuna outline a history of everyday life and popular culture in the former Eastern Block. At the same time, pictures and captions represent an exploration of photography's possibilities and the ways in which it can preserve the intensities of the lived moment. Libuna is striking proof that photography's secret is neither sensationalism nor the concoction of flashy phantasmagorias, but the patient and humble search for images that transform glimpses of the world into small epiphanies, refractions of the world's ineffable truth.
ISBN: 3908247632
Publisher: Scalo Publishers
Hardcover : 288 pages
Language: English