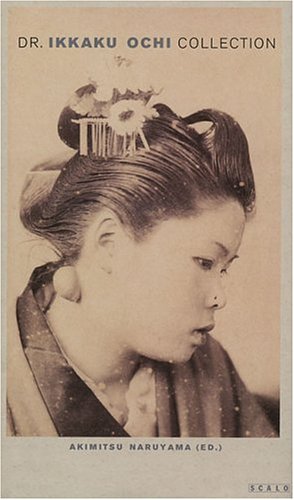 The Dr. Ikkaku Ochi Collection: Medical Photographs from Japan Around 1900
by Sumio Ishida
Publisher's Description
Edited by Akimitsu Naruyama.
In an inconspicuous wooden box that had long gone unopened, Akimitsu Naruyama discovered 365 photographs of people with congenital and pathological deformations. After looking at just a few pictures, the Japanese art dealer and collector knew that he had discovered an extraordinary collection of photographs. A doctor and photography enthusiast, Ikkaku Ochi practiced his profession in Okayama, a prefecture of Shikoku, one of Japan's southern islands. He had his patients photographed during the last decade of the 19th century, producing images that are strikingly distinct from contemporary medical photographs, which serve as mere educational material and rarely as sensitive portraits of the diseased. Ochi's patients were recorded with dignity and respect, though the exposed, diseased parts of their bodies are explicitly documented and not for the squeamish. Individual photographs reveal the physical manifestations of syphilis in its final stages, elephantiasis of the testes or breasts, and other medical conditions-conditions that today are almost completely suppressed by medication or vaccination. Cruel and melancholic, these photographs seen today possess an undeniable elegance and uncomfortable beauty, qualities that Akimitsu Naruyama recognized immediately when he opened that forgotten wooden box.
ISBN: 3908247713
Publisher: Scalo Publishers
Hardcover : 300 pages
Language: English