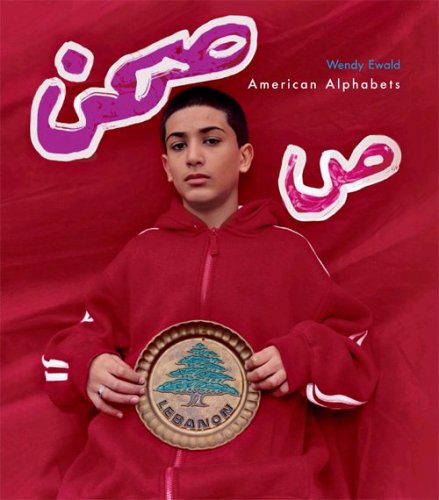 Wendy Ewald: American Alphabets
by Wendy Ewald
Publisher's Description
Although thought to be out-of-print, copies of this Scalo book have surfaced and will be released soon, pre-order now.

In this artist's book, conceptual photographer Wendy Ewald investigates the ability of language to create barriers or alliances between groups according to gender, age, and race. In collaboration with different groups of children, she created four alphabets: a Spanish alphabet with English-as-Second-Language students in North Carolina, an African-American alphabet with students at an elementary school in Cleveland, a White Girls alphabet at a boarding school in Massachusetts, and an Arabic alphabet with students at a middle school in Queens, New York. The children collaborated with Ewald to create photographs of objects they chose to represent each letter of their alphabets, objects they picked with a particular eye to the cultural nature of the alphabet they were defining. The result is a colorful and idiosyncratic lexicography that offers an astonishing, playful, and profound look at written language and its power from various cultural perspectives. Ewald raises provocative questions about contemporary society and its divisions, as well as the social power of language, at once liberating and oppressive.
ISBN: 3908247810
Publisher: Scalo Publishers
Hardcover : 167 pages
Language: English