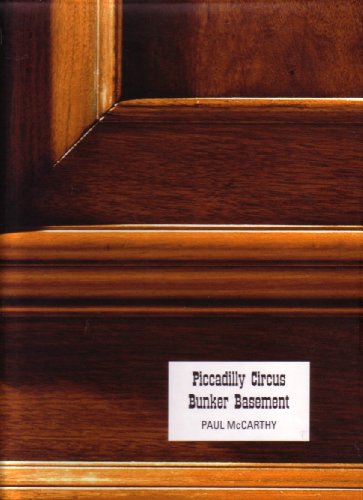 Paul Mccarthy: Piccadilly Circus, Bunker Basement
by Paul McCarthy
Publisher's Description
A president (George W. Bush), multiple Queen Mums, and a terrorist (Osama bin Laden) are the protagonists, “With their oversized heads and giant clown shoes, they resemble strangely hybrid creatures... cartoon characters that shit, bleed, and possess real genitals.' (Ralph Rugoff) In frenzied acts of self- and reciprocal mutilation, sawing and hacking away at each other’s oversized foam heads, McCarthy’s characters “do not appear to be thinking at all. Instead, they act instinctually, which is the political moral of McCarthy’s riotous scenario; reasons of state cannot explain such destruction and debauchery but an amoral state of nature, which no mask of decorum can hide or contain, unleashes primary urges that do.” (Robert Storr)