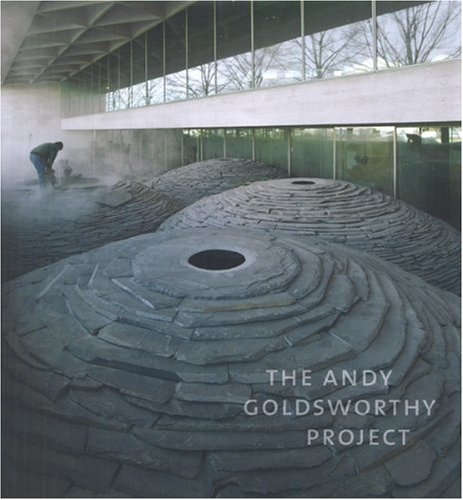 The Andy Goldsworthy Project
by Martin Kemp
Publisher's Description
In January 2003 British sculptor Andy Goldsworthy was invited to create a work of art for the National Gallery of Art. The project began with a series of ephemeral works on Government Island in Stafford County, Virginia. From this phase a series of photographic suites and a diary remain. The second phase of the project resulted in Roof, a permanent, site-specific sculpture at the National Gallery comprising nine stacked-slate domes installed over the course of nine weeks by Goldsworthy, his assistant, and a group of British drystone wallers in the winter of 2004-2005.

This volume traces the development of Goldsworthy's project at the National Gallery from conception to completion and situates the artist's sculpture and practice within an age-long tradition of structures. It features the only fully illustrated catalogue documenting Goldsworthy's permanent installations-more than 120 works dating from 1984 to 2008 and spanning three continents.
ISBN: 0500238715
Publisher: Thames & Hudson
Hardcover : 232 pages
Language: English
Dimensions: 11 x 12 x 1.1 inches