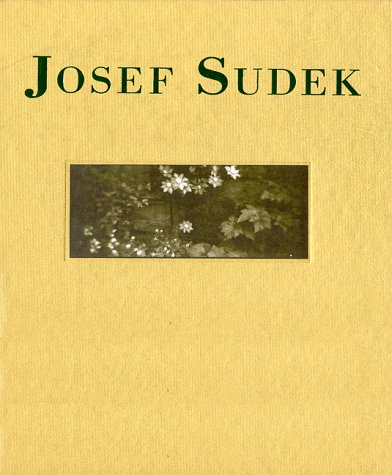 Josef Sudek
by Anna Farova
Publisher's Description
Dubbed the "poet of Prague," Josef Sudek was one of the most important and celebrated of Czech photographers. Sudek produced his best work during his middle-aged years, having grown up and out of the rules of Modernism and into a style of his own. Whereas his photographs from the 1930s are mainly a reflection of the external world, by the 1940s he was returning to himself, finding his own unique creative path. It was during this period that he made his most famous photograph, a view of the world seen through his studio window, the window ledge doubling as a stage for still life objects--a setup which he repeated to great effect. Not even the pressures of WWII and the difficult postwar years, including the demands of socialist realism in the arts, interrupted the continuity of his oeuvre.
ISBN: 3929078554
Publisher: Gina Kehayoff Pub
Hardcover : 405 pages
Language: English