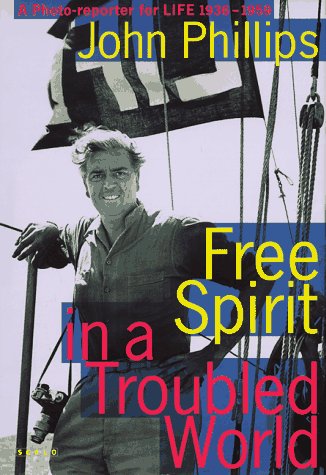 Free Spirit in a Troubled World: A Photoreporter for Life
by John Phillips
Amazon.com Review
As a photographer for Life magazine from 1936 to 1959, John Phillips witnessed his share of troubles. His discerning and unflinching eye captured images as horrific as concentration camps and battlefield remnants with a kind of detachment that seemed to share his audience's senses of shock and outrage. He also found himself in the company of such illustrious leaders as FDR, Churchill, Stalin, and Tito during his prodigious travels across the world. Phillips, who died in 1996, was with the magazine from its inception, and his work helped to cement the publication's reputation for capturing unforgettable moments and images. Though plenty of lighter moments grace these pages, many of the included photographs are devoted to exposing one of the most turbulent periods of the 20th century, giving the book a historic sense of tragedy that can still be felt 50 years later.
Publisher's Description
John Phillips was one of the very first photographers to work for LIFE magazine. Beginning with his coverage of London during the reign of King Edward VIII, Phillips reported on a wide range of world events--from the birth of the European jet set in the French Riviera to Hitler's invasion of Austria. These images accompany Phillips' lucid writing, simultaneously making the book an accessible historical document and biography.
ISBN: 3931141209
Publisher: Scalo Publishers
Hardcover : 572 pages
Language: English