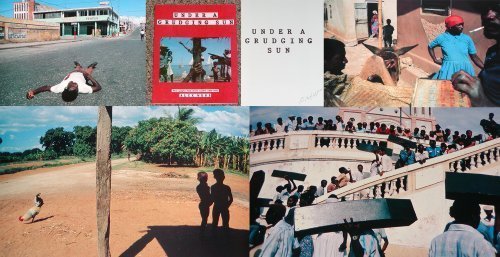 Under a Grudging Sun: Photographs from Haiti Libere 1986-1988
by Alex Webb
Publisher's Description
Webb, a member of Magnum Photos since 1976, has emerged as an important and influential photojournalist. He made several trips to Haiti before Duvalier left, but after returning to Haiti Libre he attempted to capture in photographs a sense of the greater freedom and openness that he felt in that period of Haiti's democratic reform. "His photographs make palpable the sense of imminent violence, the sensuous color amid desperate poverty, the turmoil and the enveloping heat in a way that television news never can and traditional photojournalism rarely does."--the publisher.
ISBN: 0500275440
Publisher: Thames & Hudson
Paperback : 96 pages
Language: English