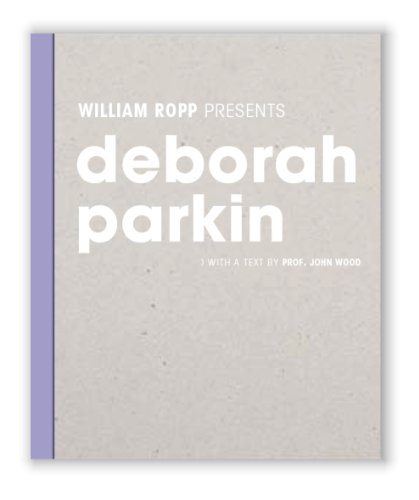 Deborah Parkin
by William Ropp
Publisher's Description
My work is ultimately about emotion. It is about capturing a moment or a memory. I have always been interested in the idea of ‘memory’ – I think this came through my studies, my reading of so many diaries and journals for my MA in Holocaust Studies. Although my work is very personal, the intention is that it is open enough for others to bring their own stories to it.

My passion for photography started in earnest with the birth of my son. I had always enjoyed the photograph as an object but with his arrival came the need to record our lives. After the birth of my daughter I found that I was photographing as a way of exploring my own childhood memories as well as using it to document our lives. Photography was now becoming a means of expressing myself artistically.

In my photography I have always been drawn to the theme of childhood, whether it has been recreating my own personal memories, making images of my children and recording their childhood or working with children using ancient photographic processes.

I work with a variety of photographic mediums, from medium and large format cameras using film, to working with the Victorian Wet Plate Collodion Process. I love to work in a slow and considered way and one in which I collaborate with each child that sits before me.
Deborah Parkin

“The keys to understanding and appreciating the art of Deborah Parkin are beauty and strange-making, that Russian artistic concept called „ostranenie”, a way of making perfectly ordinary things, a portrait of a child, for instance, seem quite strange and extraordinary. Of course, her art is about children and particularly her own children, about preserving the past for the future, and about working in a slow and luminous process. But what rises above all these descriptive aspects of it, what we finally are most struck by and respond to, are its beauty and ostranenie. Look, for example, at “Fern” or “The Unseen Eye” or this astounding image “Fleur and the Flower Crown”. As a photographic historian and critic, I have looked at a great many photographs in my career, but these, like many others of hers, came with a shock, a jolt to the heart. These are deeply and movingly beautiful images, even though she has many others more “classically” beautiful, more Cameronesque, one could say: “Anti-climax” , “Portrait of a Boy”, “Growing Pains” , and “I Dream”, for example. But the quality that is so striking about those first three I mentioned is that their beauty is entwined with strange-making. They are timeless, as real art always is, but they are so clearly not of our time and our place that when I first saw them, I knew them from history. They seemed very much a part of the 19th century but not of the privileged world of Julia Margaret Cameron. These are the children whose faces one sees in Thomas Annan’s Old Closes and Streets of Glasgow, in John Thomson’s Street Life in London, and similar work from the 19th century. I am not suggesting that Parkin was attempting to evoke a darker past or pull at our heart-strings in these photographs. I am only pointing out that her strange-making art has the power to evoke history in its ability to suggest a truthful and honest portrait of the child, that her art can with the greatest subtlety suggest the child as the child actually was for most of the history of the world—and, sadly, as the child still is in most of the world. And this is something that I have never seen in the work of any other photographer. The world of children in those three portraits is not the sweet, impossible, and perfect idyll that Heinrich Kühn always photographed his children basking in nor is it that tragic world of the children Dr. Bernardo commissioned to be photographed in order to shock the Victorian consciousness into compassion, just as his contemporary humanitarians Charles Dickens, Frederick Engels, and the 7th Earl of Shaftesbury did in their work. Parkin has written that, though not challenging the actual “innocence” of children, she “is challenging the notion of childhood being innocent. We shouldn't sentimentalize childhood, to do this would be a grave disservice to our children. It would be a lie. It would suggest that a child lives in a blissful bubble and doesn't feel things that we do as adults. Children are acutely aware of what is going on around them. . . . Children feel as vulnerable, if not more vulnerable than adults. . . . (C)hildhood is what shapes us into the adults we become.” And, as we all know, it can shape us for good or ill. Deborah Parkin’s use of strange-making is not limited to the three photographs I mentioned. There is obvious strange-making in her transformations of children into angels, rabbits, and cats. But that is only strange-making to the eye of an adult, which most of her viewers will be, but not at all to the eye of a child. In his poem “anyone lived in a pretty how town” E. E. Cummings chronicled the loss of that innocent eye: “down they forgot as up they grew.” In addition to noticing the beauty and strange-making in Deborah Parkin’s work, it also helps to see her work as a child would—if we have not forgotten, if we can remember what we grew up and away from. Seen through our youthful eyes, the world of Deborah Parkin’s art can be read as an adventure—a serious, lyrical, truthful, and deeply joyful one.”
Prof. John Wood
ISBN: 3936165580
Publisher: Galerie Vevais
Paperback : 68 pages
Language: English