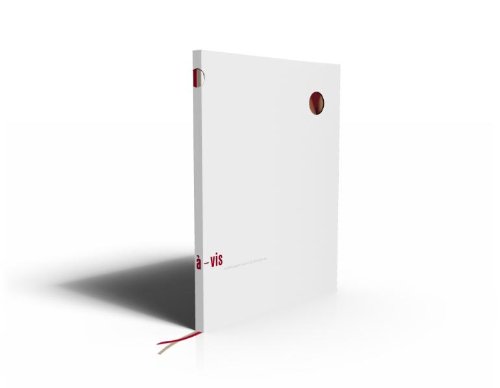 Vis a Vis: Portraits of a New Woman
by Chin-Chin Wu
Publisher's Description
In 2006, Chin-Chin Wu began photographing a systematic series of intimate portraits in Paris that would later be entitled Vis-à-vis: Portraits of New Women. Originally small-scaled and experimental in nature, by 2008, Wu had evolved the project into its present form of large-format, spectacularly subtle images of female empowerment. Shooting in Paris and Beijing, Wu engaged 50 women from 18 countries as subjects. The women voluntarily posed for their portraits and spoke for the record about their intentions. Dialoguing intimately with the history of photography and its representation of the female genitalia, Vis-à-vis intentionally flirts with ideas of fragility and power, eroticism and raw objectivity, medical precision and sexual primacy, generating an emotional tension that is both uneasy and arresting.

In 2010, a selection of this work was shown in a landmark duo exhibition with previously unshown works of Noboyoshi Araki in Tokyo. Due to Japanese censorship laws, the exhibition catalogues were seized by Japanese customs agents and subsequently destroyed.

This volume, published by Edition GALERIE VEVAIS, presents for the first time Wu's seminal project in its entirety. Designed by Berlin graphic designer and artist Susanne Weigelt and printed in Germany employing the finest materials and craftsmanship, in a small print run of 500 copies, this elegant and important book is destined to become a sought-after object for the serious collector.
ISBN: 3936165742
Publisher: Galerie Vevais
Paperback : 76 pages
Language: English