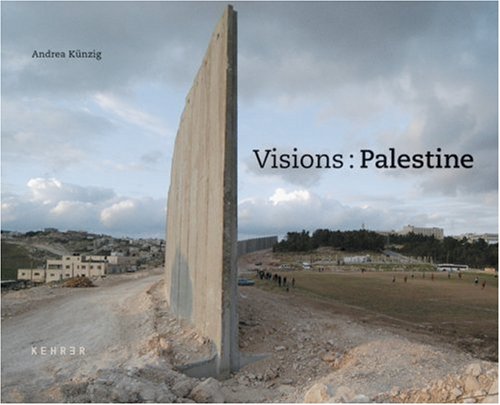 Visions: Palestine (German Edition)
by Andrea Künzig
Publisher's Description
The German photojournalist Andrea K¨nzig, who has previously worked for Amnesty International, Misereor and UNICEF, witnessed Yassir Arafat crossing the border into the Gaza Strip after 30 years in exile. She decided to stay and ended up living in Jerusalem for three years, which provided her with a deeper insight into the way of life, the mentality of the people and their culture. In her symbolic pictures, K¨nzig sensitively captures the hopes and feelings of the Palestinian people between peace efforts and armed conflict. She shows us quite unusual images, far from those we're used to seeing in the daily news. 'Visions: Palestine' presents an impressive selection of color photographs from a collection of over 1,000 pictures altogether.
ISBN: 3936636079
Publisher: Kehrer Verlag
Hardcover : 104 pages
Language: German
Dimensions: 11.9 x 9.6 x 0.6 inches