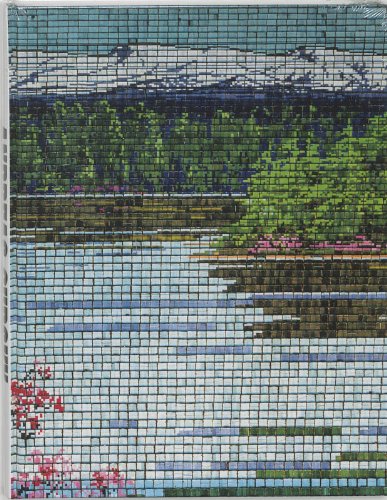 Andreas Gursky
by Thomas Weski
Publisher's Description
A new book from sensational artist Andreas Gursky is always a publishing event. This stunning, large-format exhibition catalog from Gursky’s recent solo show in Munich is made up of works mostly created since his Museum of Modern Art show in 2001.

Gursky’s photos exploit the visual codes of a globalized world. They combine collective memories into rhythmic images that appear familiar and intelligible to viewers because the situations have been stored in their subconscious. But the photographer’s slightly elevated vantage point gives these situations an unfamiliar feeling. Viewers float above the objects, observing from an idealized perspective they are usually denied. Patterns and repetition become obvious, details once overlooked become prominent, and situations usually considered banal take on the air of a medieval miniature, an Old Master, or an abstract painting.

Since the early 1990s, Gursky has photographed his motifs using both analog and digital methods, and then composed his final image using digital technology. Gursky’s works, therefore, are not classical documentary photographs, but are hyper-realistic fictions based on facts. “Reality can only be portrayed when one constructs it,” says the photographer. With their paradoxical character and idealized composition, Gursky’s works simultaneously express reality and observe it.

Includes a critical essay by curator Thomas Weski and a contribution titled “In Yankee Stadium” by American novelist Don DeLillo.

An unexpected feature is five separate cover designs made available for this publication; each cover takes a detail from one of the noted Korean Stadium works.
ISBN: 3936859620
Publisher: Ram Distribution
Hardcover : 158 pages
Language: English