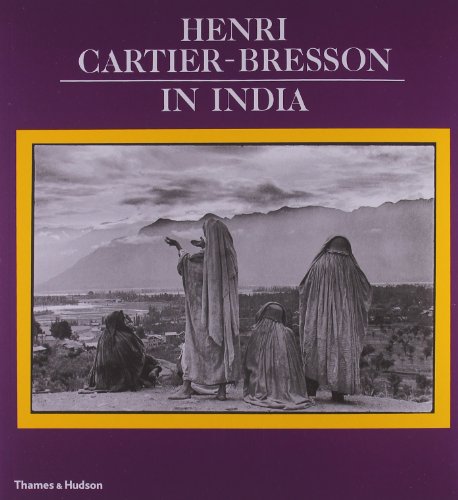 Cartier-Bresson's inspired photographs of India, from his first visit in 1947, to his most recent trip in 1986.

"Striking images of a land renowned for its contradictions and variety as viewed by one of the great artists of our century."-"Houston Post" Henri Cartier-Bresson's record of his fascination with India over half a lifetime contains the very best of his photographs of that country. Beginning in 1947 at the time of Independence and produced during six extended visits over a twenty-year period, these beautiful, dramatic images are shaped by an eye and a mind legendary for their intelligent empathy and for going to the heart of the matter.
Cartier-Bresson's extraordinary gifts of observation and his famous "mantle of invisibility," as well as his good connections with Jawaharlal Nehru and others, allowed him to capture the quintessence of India. His pictures of Hindus in refugee camps after the Partition or beggars in Calcutta speak with the same passion and authority as those of the Maharaja of Baroda's sumptuous birthday celebrations or of the Mountbattens on the steps of Government House. Ample space is given to his famous reportages, such as the astonishing sequence on the death and cremation of Gandhi. But above all, it is the apparently ordinary faces and scenes from market, temple, or countryside that have the power to put us in direct touch with the spirit of a country and its people. 105 duotone illustrations.
ISBN: 0500277125
Publisher: Thames & Hudson
Paperback : 128 pages
Language: English
Dimensions: 9.4 x 10.3 x 0.4 inches