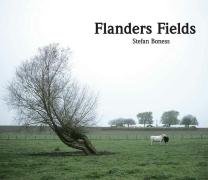 Stefan Boness: Flanders Fields
by Stefan Boness
Publisher's Description
Presented in a large-size format, Boness’s project captures the landscape of the region surrounding Ypres in Belgium, where hundreds of thousands lost their lives in the longest battle of the First World War. At first sight the photographs suggest little evidence of the horrors of war, however it becomes clear that under this surface of normality the scars left on the landscape are still inescapably and brutally present.
ISBN: 3939181153
Publisher: Bildschone Bucher
Hardcover : 112 pages
Language: English