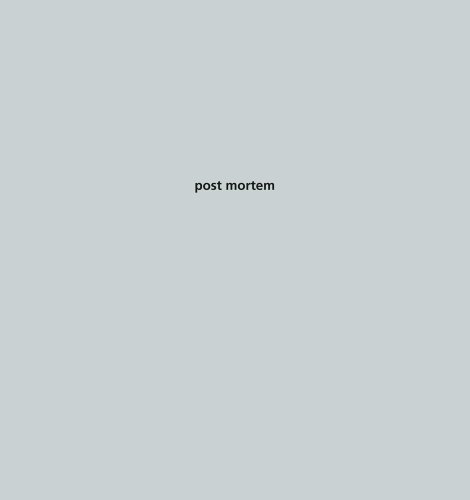 Until the 19th century, death was so prevalent in everyday life that it couldn't be denied: people nearly always died at home. It was the relatives' task to wash the body and cover it.

In the course of industrialization and the development of modern medicine, mortality rates dropped drastically. More and more, elderly people moved to hospitals and nursing homes, long before they died. The thought of death itself increasingly became unbearable for most people.

Today, death has mostly vanished from public perception. Most people die in institutions, and in case someone actually still dies at home, the corpse is immediately taken away by morticians in order to prepare the burial.

But what happens with a corpse between the moment it is given into the care of professionals and the burial?