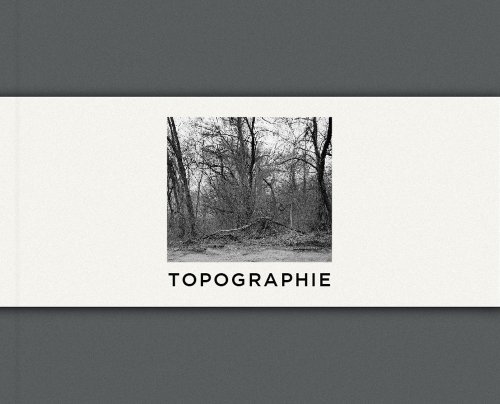 This seemingly innocent copse of Robinia, a patch of waste landscape colonised by nature right in the heart of Berlin, has born the brunt of history and been neglected by it in turn. Observers who know the site’s background find their view prejudiced by the knowledge of what happened here: Between 1933 and 1945, this plot of land was at the heart of the Third Reich. It was home to the headquarters of the Gestapo, the SS, and the Reich Security Head Office. After World War II, the area was erradicated and gradually turned into a piece of abandoned wasteland, and from 1961 the Berlin Wall ran along the northern edge of the then levelled terrain. In 1987, the site was “rediscovered”, vestiges of the buildings were excavated, and the area was landscaped and opened to the public with the inauguration of the exhibition “Topography of Terror” which documents the atrocities that were directed from this very place nearly eighty years ago.

The photographer Andreas Gehrke was born in Berlin and has lived in the city for most of his life. He uses his camera like a probe to investigate and pinpoint the essences of places. A particular theme for him is the exploration of the relationship between the natural and the human environment: he analyses natural landscapes and the traces that people have left in them – sometimes subtle, sometimes brutal. But with the ‘Topographie’ project the landscape that has invaded this part of the city and Gehrke’s photographs reveal next to nothing of the man-made traces that it covers. Nevertheless, these photographs, taken in repeat visits over a year, have a powerfully haunted aura about them. They seem to contain all that once was, what is, and what will be, cocooned in nature’s blanket until human history rips through it once again.

With essays by Klaus Hesse, curator, Topography of Terror Foundation,