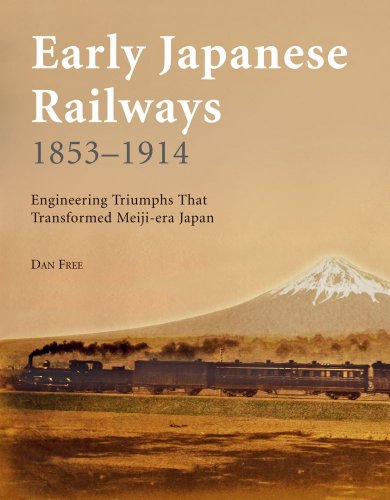 Early Japanese Railways 1853-1914: Engineering Triumphs That Transformed Meiji-era Japan
by Dan Free
Publisher's Description
Early Japanese Railways 1853-1914 is a cultural and engineering history of railway building in Japan during the Meiji era. The 19th century was the first age of sustained, comprehensive contact between Asia and the West. This book describes the history of Japanese social adaptation to railway development, with many details never-before-published in English. In addition, Early Japanese Railways 1853-1914 details the often overlooked American efforts to build the first railways in Japan. This richly illustrated account also takes a look at long disused corporate logos, locomotive data and headlamp marker codes. Many of the photos and illustrations, all pulled from the author's private collection, are quite rare and are not widely known, even in Japan.