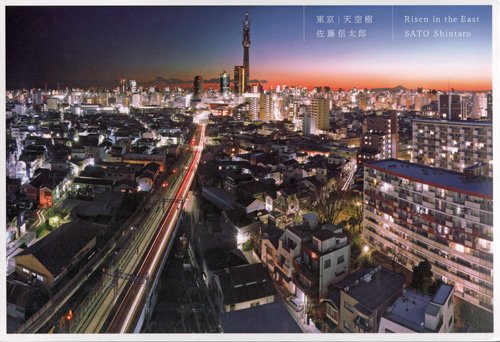 Sato Shintaro: Risen In The East (Japanese Edition)
by Hasoma Hiromichi
Publisher's Description
A photographic chronicle of the conception, construction and realization of the Tokyo Sky Tree – at 634 metres, the tallest tower in the world, and second-tallest structure after the Burj Khalifa – which was finally completed in February 2012. While it primarily functions as a broadcasting tower, it is also a restaurant and observation tower. With panoramic photographs and a variety of perspectives, from high above the city to street-level neighbourhood corners, this book captures the integration of a new, super-tall structure into the fabric of a bustling city.
ISBN: 4861523303
Publisher: Seigensha
Paperback : 104 pages
Language: Japanese