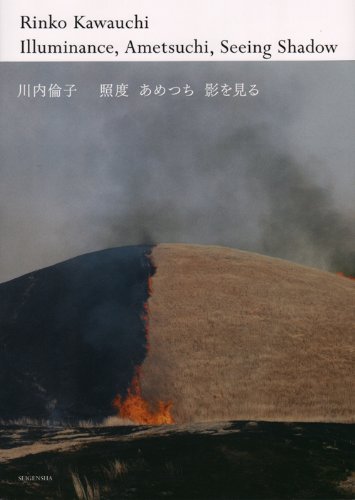 Rinko Kawauchi - Illuminance, Ametsuchi, Seeing Shadow (Japanese and English Edition)
by Tetsuro Ishida
Publisher's Description
Japanese photographer Rinko Kawauchi’s work is marked by its serene and poetic style. She often depicts the ordinary moments in life, concentrating attention on what might otherwise be overlooked or taken for granted. Her images “contain a sense of openness; liberated from the restriction that photography is just a documentary.” In producing her images, the questions of ‘when’ or ‘where’ do not play a role, freeing them from limitations of time and space and allowing the viewer access to the universal visual languages they communicate. ‘Between Heaven and Earth – On Rinko Kawauchi’, an essay by Tetsuro Ishida, completes this simple and elegant collection of her work.
ISBN: 4861523486
Publisher: Seigensha
Paperback : 144 pages
Language: Japanese