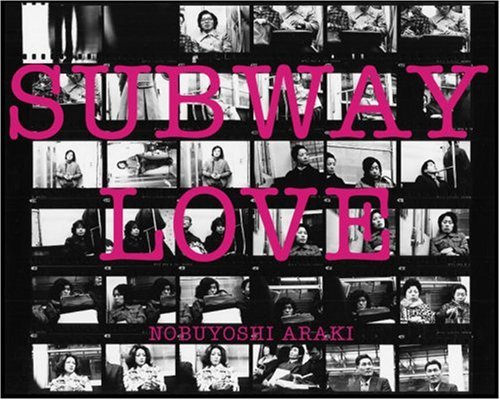 Subway Love (Japanese Edition)
by Nobuyoshi Araki
Publisher's Description
From 1963 until 1972, the young Nobuyoshi Araki obsessively photographed his fellow passengers during his daily commute on the Tokyo subway. Yawning businessmen, women dozing with their legs splayed, kids who mugged for the camera—Araki captured them all candidly on film, without using a viewfinder. Now, over thirty years later, Subway Love brings back to life these vital and various “prisoners” crammed into their subway cars. Included is an interview with Araki, who explains the essence of documentary: “to gaze unflinchingly at a thing for a long time.”
ISBN: 4896841409
Publisher: IBC Books
Paperback : 228 pages
Language: English