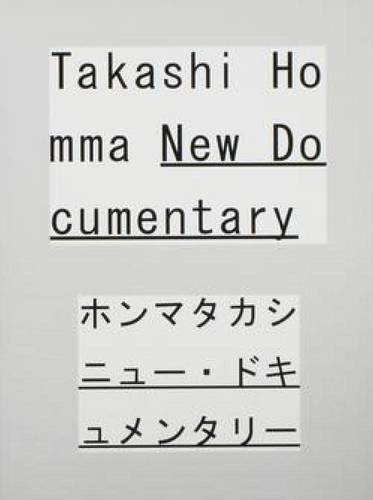 Takashi Homma: New Documentary
by Various
Publisher's Description
'Photographs by Takashi Homma are known for reflecting dry sentiment of the times and giving us a feeling of distance toward the subject. Dealing with a variety of themes, such as architecture, ocean waves, children seen in Tokyo and suburban scenery, he has serialized many of them over the years. Keeping away from describing narrative or emotion, his neutral viewpoint captures the subject unemotionally, which is suitably called 'new documentary,' that leans towards neither expression nor record, advancing from the age when the two were specifically questioned. While he has kept having 'a documentative viewpoint' since the start of his career as a photographer, he has tackled possibilities of the photographic expression by 'approaching photography as art.' Recently in particular, his creative activities pursuing more subjective expressions have broadened while openly dealing with the real world and the times. In this exhibition, not only his prints in the past but also his latest works using different methods and media, such as silk screens based on photos, installations to be viewed through binoculars, books full of images as well as paintings are introduced, raising a question of 'what photography is.' They lead viewers to think about the meaning of 'seeing' through the reality reflected on the photographs. For example, there is Trails in pursuit of the trail of deer hunting in a snow-covered mountain and a painting on the same subject. Tokyo and My Daughter, his lifework for which he continues taking a picture of Tokyo scenery and a girl, and Widows are works that he re-photographed so-called 'found photos' discovered in family albums of the protagonists. Thus, he intervenes, going beyond the limits of time, in photographed people's eyes turned upon their families and friends. Homma's new work, re-construction, is a collection of works made into a book form, in which he re-photographed magazine covers and pages he edited. Others include exhibition leaflets, posters and their proof sheets, which reveal how lightly he has been working all over media of different kinds. You may say that to re-photograph by his own hands what he photographed is a reviewing act in itself of photography as a medium.' - From the 21st Century Museum of Contemporary Art