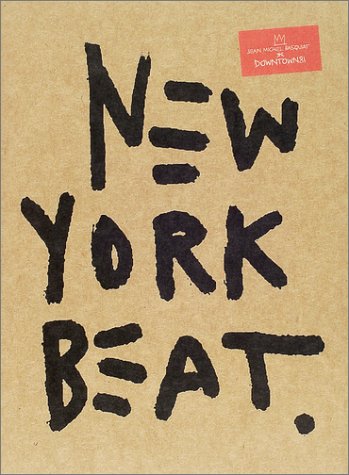 New York Beat: Jean-Michel Basquiat in Downtown 81
by Jean-Michel Basquiat
Publisher's Description
DOWNTOWN 81 is a feature film starring the legendary American artist Jean Michel Basquiat (1960-1988). Basquiat was a 19 year old painter, graffiti artist, poet and musician when he played the lead in this film, which vividly depicts the explosive downtown New York art and music scene of 1980-81. Basquiat was an important figure on that scene. He had yet to have his first exhibition. But his paintings and words were part of the city landscape. Today, his paintings hang in museums and important collections around the world and he is internationally recognized as one of the most important artists of the late twentieth century. The film is a day in the life of a young artist who needs to raise money to reclaim the apartment from which he has been evicted. He wanders the downtown streets carrying a painting he hopes to sell, encountering, friends, whose lives (and performances) we peek into. He finally manages to sell his painting to a wealthy female admire, but he's paid by check. Low on cash, he spends the evening wandering from club to club, looking for a beautiful girl he had met earlier, so he'll have a place to spend the night. DOWNTOWN 81 not only captures one of the most interesting and lively artists of the twentieth century as he is poised for fame but it is a slice of life from one of the most exciting periods in American culture, with the emergence of new wave music, new painting, hip hop and graffiti.
ISBN: 493910222X
Publisher: Petit Grand Publishing, Inc.
Hardcover : 112 pages
Language: English