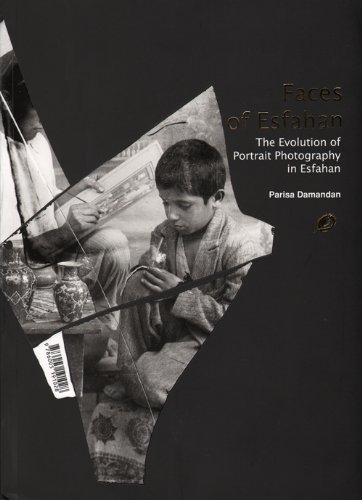 Faces Of Esfahan: The Evolution Of Portrait Photography In Esfahan (English and Persian Edition)
by Parisa Damandan
Publisher's Description
With its large format and superb collection of archival material, ‘Faces of Esfahan’ presents an incredible amount of research into the proliferation and perception of portrait photography in Iran. During the Qajar dynasty, the production of photographic images was restricted to the nobility, but with the rise of the Pahlavi regime in the early 20th century and its vision of linking traditional Iranian society to the modern world, film portraiture became accessible to the general public. The product of a decade of research, the book documents this fascinating cultural phenomenon, and is devoted to promoting awareness and preservation of these invaluable images.
ISBN: 6005191020
Publisher: Nazar
Paperback : 224 pages
Language: English