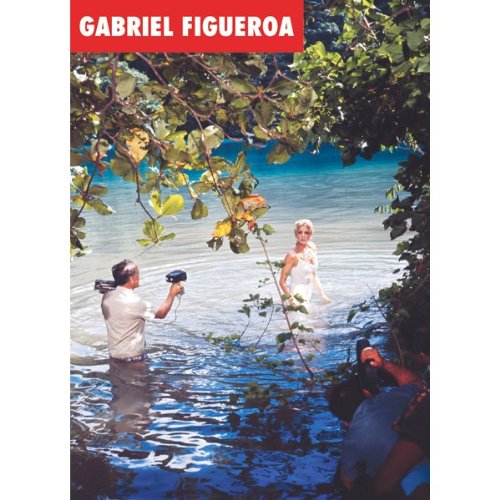 Gabriel Figueroa: Luna Córnea (English and Spanish Edition)
by Gabriel Figueroa
Publisher's Description
This issue of the Mexican journal of photography and culture Luna Córnea-published in book form-examines in detail the prolific career of the iconic Mexican cinematographer, portraitist and still photographer Gabriel Figueroa Mateos (1907-1997). Best known for his cinematographic work with Emilio Fernandez, Luis Buñuel, John Ford and John Huston-he filmed Ford's famous 1946 version of The Fugitive and received an Academy Award nomination in 1966 for his work on Huston's The Night of the Iguana-Figueroa Mateos' oeuvre consists of more than 200 films, including several masterpieces of Mexican cinema. A builder of stark and ominous shadows, Figueroa Mateos' iconography often featured Mexican revolutionaries and bandits in broad-brimmed sombreros, framed by cactus, vast skies and threatening clouds,' according to The New York Times, who quoted Figueroa Mateos after he won Mexico's esteemed National Arts Prized in 1977, 'I am certain that if I have any merit, it is knowing how to make good use of my eyes, to guide the camera in its task of capturing not only colors, lights and shadows, but the movement of life itself.
ISBN: 6077515175
Publisher: Editorial RM
Hardcover : 616 pages
Language: English
Dimensions: 6.4 x 8.9 x 1.6 inches