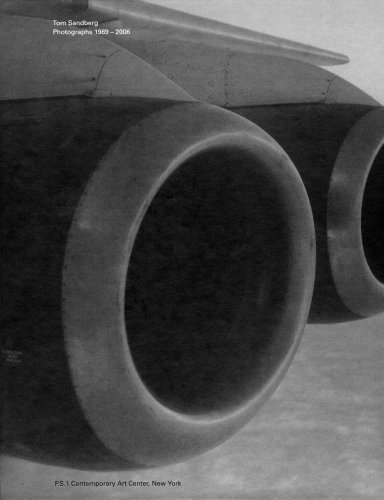 Tom Sandberg: Photographs 1989-2006
by Bob Nickas
Publisher's Description
Tom Sandberg’s photographs made a splash at New York’s P.S.1 Contemporary Art Center in February of 2007. Though previously almost unknown to the American public, Sandberg, born in 1953, has quietly produced, over three decades, a superb oeuvre of austere, large-scale black-and-white photography. Focusing on a single object or person in each photograph, and steeping them in a murky, wintry light, Sandberg draws out soft tones and moody atmospheres from his subjects to create a pervasive complicity between them and the surrounding landscape. But he is an exacting image-maker too, and an involved one, insisting as he does on clarity amid darkness, and on the viewer’s emotional approach to his images. Co-designed by the artist, this beautifully-made catalogue-with essays by visionary curator Bob Nickas and P.S. 1’s Alanna Heiss-serves as an important primer on one of Norway's foremost practitioners of photography.
ISBN: 8299727529
Publisher: Galleri Riis/P.S.1
Hardcover : 84 pages
Language: English
Dimensions: 8.6 x 10.8 x 0 inches