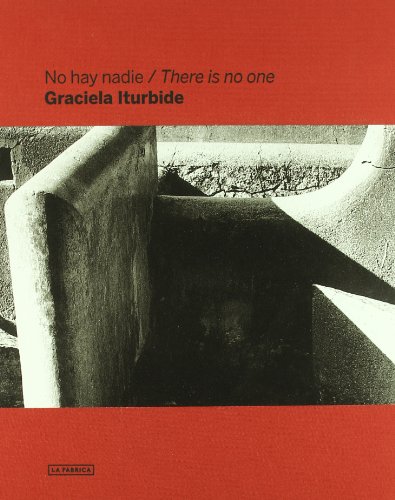 Graciela Iturbide: No Hay Nadie, There is No-One
by Graciela Iturbide
Publisher's Description
Graciela Iturbide (born 1942) is Latin America's most internationally admired photographer, as her receipt of the 2008 Hasselblad Foundation award confirmed. Although she is best known for her serial portrayals of her native Mexico, one of Iturbide's most popular individual photographs is “Perros Perdidos” (or “Lost Dogs” ), an image of several dogs in silhouette on a rocky outcrop taken in India in 1998. Graciela Iturbide: No Hay Nadie/There Is No-Onereveals the Mexican photographer's extended explorations in (mostly) cities in the north of India-Varanasi, Delhi and Calcutta, as well as Bombay-over the past 13 years. Iturbide's black-and-white images are strikingly at ease with their subject matter, able to locate arrangements of objects, architectural outline and urban signage without ever lapsing into visual tourism.
ISBN: 8415303173
Publisher: La Fábrica
Hardcover : 72 pages
Language: English
Dimensions: 9.5 x 11.5 x 0.6 inches