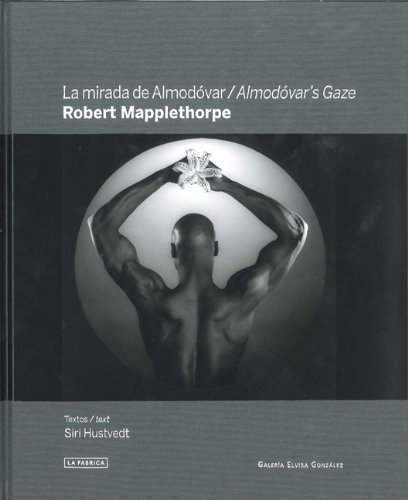 Robert Mapplethorpe: Almodóvar's Gaze
by Robert Mapplethorpe
Publisher's Description
Taking as its point of departure the meeting of two artists at a tumultuous moment in the 1980s, Almodovar’s Gaze explores how the photographic and filmmaking lens can fruitfully overlap. American photographer Robert Mapplethorpe (1946–1989) and Spanish filmmaker Pedro Almodóvar (born 1949) first met in Madrid in 1984, when the photographer was there on a visit occasioned by his first exhibition in the city. Mapplethorpe was already an accomplished artist, 38 years old and sure of himself and his sensibility. Pedro Almodóvar was a well-known filmmaker in the Spanish underground, and the best-known international representative of the Madrid–based countercultural Movida movement that arose after General Franco’s death in 1975. Mapplethorpe and Almodóvar had gone out partying in Madrid, which at the time was particularly receptive to young artists closer to the underground than to the establishment. The later impact that Mapplethorpe’s retrospective exhibition at the Whitney Museum of American Art had on Almodóvar in 1987 was tremendous. This intimate arrangement of Mapplethorpe’s seductive and powerful images was carefully selected by Almodóvar from over 1,700 of Mapplethorpe’s photographs.
ISBN: 8415303580
Publisher: La Fábrica/Galería Elvira González
Hardcover : 70 pages
Language: English
Dimensions: 9.2 x 11.1 x 0.6 inches