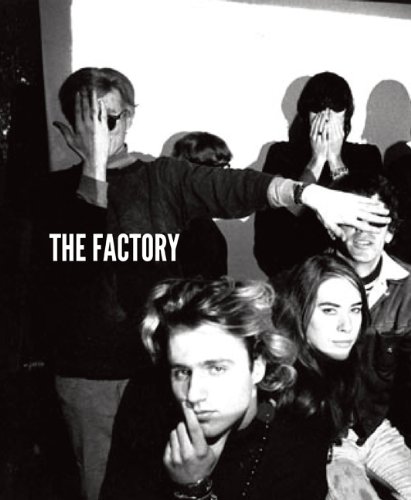 The Factory: Photography and the Warhol Community
by Catherine Zuromskis
Publisher's Description
Of the many ways in which pop artist Andy Warhol (1928–1987) has influenced contemporary art, perhaps the most significant is the collaborative sphere he orchestrated through the Factory. Established in 1962, the Factory was a studio space that also served as a locus for social and cultural interactions between Warhol and a host of assistants, friends, lovers, fellow artists and curious onlookers. a space of both labor and leisure, the Factory was a vital community that grew increasingly mobile over the course of Warhol’s career. Within it, artists forged a cultural and social world that became one of the earliest examples of a relational approach to art making. The Factory examines the critical role that photography played in both documenting and realizing the flamboyant bohemian culture of this community. It includes the work of numerous professional and amateur photographers, Factory insiders and passing voyeurs, as well as the photographs of Warhol himself. Combining photo strips and polaroids with small-scale black-and-white and color prints, an intimate perspective on the Factory emerges resembling a family album. Warhol ultimately sought to turn the Factory outward and include the public at large, and a selection of books, magazines and celebrity photographs highlights the more public and increasingly global scope of Warhol’s social and cultural practice.
ISBN: 8415303726
Publisher: La Fábrica
Paperback : 168 pages
Language: English
Dimensions: 7.9 x 9.3 x 0.6 inches