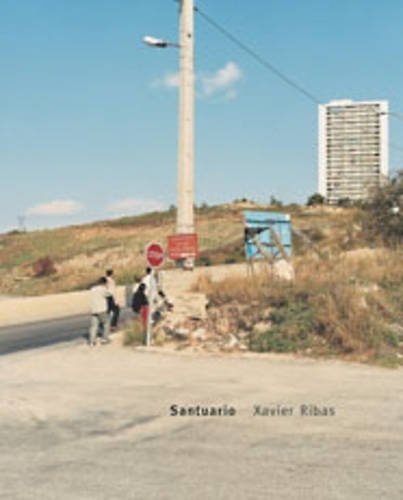 Sanctuary: Xavier Ribas (Photography)
by Xavier Ribas
Publisher's Description
'At the periphery, the city illuminates itself, negatively. Every image seized there, at the precipice where the urban compulsively extinguishes itself, is a story so concertinaed by sensation or absence that it fixes the eye profoundly into that image. Human life has been swept away, with magisterial cruelty or nonchalance, but the emanation projected by the empty zones of streets, highways, buildings, pivots on a kind of neural inkling within the membranes of the eye, an intimation of vision, that something may be resuscitated or restituted from the detritus that forms that void. In Europe, from Marseilles, to Berlin, to Rome, to London, the cities are engulfed: rendered into negligible corporate outposts, all images relentlessly pitted-out - except on their resistant peripheries. Europe survives as a caustic residue on those peripheries.'

From the accompanying text by Stephen Barber, included in both Spanish and English.
ISBN: 8425220408
Publisher: Gustavo Gili
Hardcover Language: English