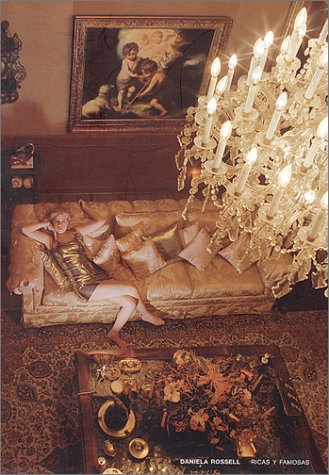 See the super-rich in their vast kitsch palaces, modeling their latest designer wardrobes, showing off their art collections, petting their stuffed lions, posing on guilded, gleaming furniture, and tanning along the edges of lush indoor swimming pools. This is the private lifestyle of Mexican millionaires, and it is photographer Daniela Rossell's outrageous twist on what is historically understood as Mexican documentary photography. Rather than documenting the lifestyles of indigenous peoples, the urban poor, or exotic village scenes-as so many of her colleagues have done and continue to do-she has chosen to explore the habitat, customs, and traditions of the tiniest minority in Mexico: the ultra-rich.