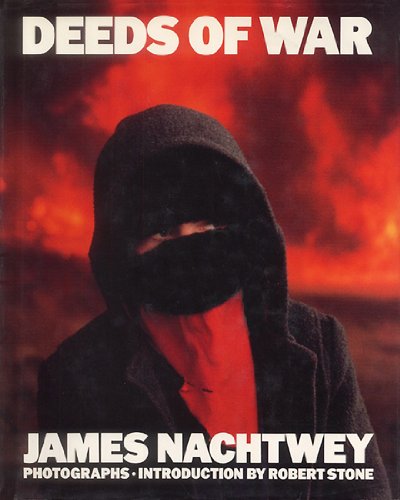 Deeds of War
by James Nachtwey
Publisher's Description
Nachtwey began his coverage of political turmoil in 1981, covering the Irish Republican Army. Since that time he has worked in many of the world's most troubled areas, including Nicaragua, El Salvador, Lebanon, the Philippines, and Afghanistan, among others. The artist, who has twice been named Magazine Photographer of the Year and three times awarded the Robert Capa Gold Medal, has forged a vivid and humane style that never permits the viewer to forget that at the heart of violence and bloodshed is human emotion.
ISBN: 0500541523
Publisher: Thames & Hudson
Hardcover : 168 pages
Language: English