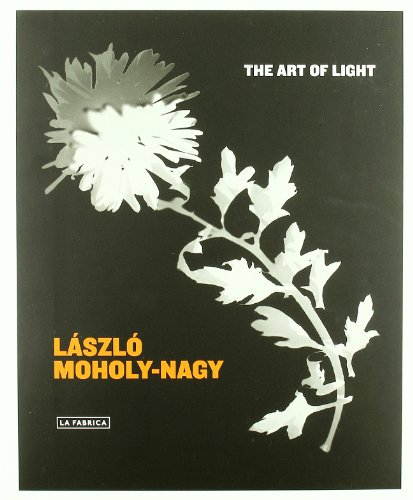 Laszlo Moholy-Nagy: The Art of Light
by Hattula Moholy-Nagy
Publisher's Description
An artist and thinker of astounding energy and ability, László Moholy-Nagy was a true world citizen of the early twentieth century, an ambassador-at-large for Constructivism, Suprematism, Dada and the Bauhaus. He brought the same Constructivist optimism to every medium he tackled, from plexiglass and light sculpture to typography to his photographic experiments in color to his Suprematist canvases, his influential pedagogy at the Bauhaus and at the Institute of Design in Chicago. Moholy-Nagy's concept of the arts as a totality, his pedagogy and his confidence in the new industrial culture that would level distinctions between art and craft led him into all fields of creative production. The ultimate modernist Renaissance man, Moholy-Nagy was prolific in so many realms that his detractors inevitably charged him with dilettantism. This accusation ignores his very real innovations in photography-for example his photograms-and light sculpture, as well as the fact that the artist's aims possessed a conceptual unity in their common aspiration to make an 'art of light.' László Moholy-Nagy: The Art of Light presents Moholy-Nagy's work in all of its glorious unity and diversity. Including more than 200 works, from painting, photography (black and white and color) and photograms to collages, films and graphic design, it emphasizes his greatest years of productivity, from 1922 to the end of his life. The Art of Light is the new definitive volume on this hero of modernism.
ISBN: 8492841346
Publisher: La Fabrica
Hardcover : 256 pages
Language: English
Dimensions: 9.3 x 11 x 1 inches