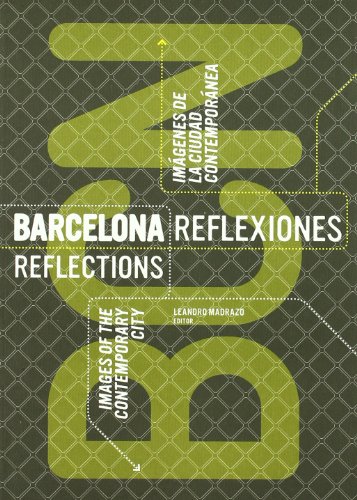 Guia D'Arquitectura de L'Hospitalet: L'Obra Dels Germans Puig Gairalt (Catalan Edition)
by Antoni Puig Gairalt
Publisher's Description
The photographs and photomontages included in this book have been created by students from the SDR Sistemas de Representación (Systems of Representation) courses taught by professor Leandro Madrazo between 2000 and 2007 at the School of Architecture La Salle, Barcelona. The aim of these courses was to foment the use of photographic images as a means of reflecting upon the contemporary city, exemplified by the city of Barcelona.Based on a selection of images created during the different courses, we began the laborious task of organising them into topics, linking them to concepts and putting them into groups. Over a period of several months, during working sessions with the participation of the three teaching assistants who have worked with us on putting together this book - Marta Sabat, Mario Hernández and Albert Vallverdú - we started to reveal the meanings contained within the images. The photographs and photomontages were first organised into topics which took on the title of a recognised publication in the literature on the city and urbanism.
ISBN: 8493135151
Publisher: Universitat Ramon Llull
Hardcover : 203 pages
Language: Catalan
Dimensions: 0 x 0 x 0 inches