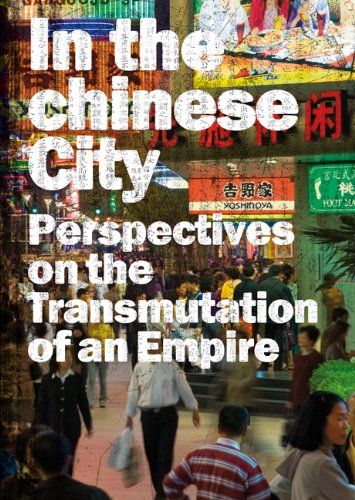 In the Chinese City: Perspectives on the Transmutations of an Empire
by Frederic Edelmann
Publisher's Description
Beijing hosts the summer 2008 Olympic Games, followed by the 2010 Universal Exposition in Shanghai. These two cities have undergone an architectonic and urban metamorphosis without precedent for dimension or speed; a movement which has transformed the whole of China and has deeply affected the lives of hundreds of millions of people. This book presents keys for understanding a phenomenon often blurred by touristic portrayals and issues of economic restlessness. Divided in two parts, the book first illustrates the history of urban China, from its acceleration over the 20th century to its metamorphosis over the last decade. It then explores 8 cities: diverse megalopolises including popular Shanghai and Beijing, famous Suzhou and Xi’an, the unknown conurbian between Canton and Shenzhen on the Pearl River, and the emerging Chongqin with the gigantic three Gorges Dam Project.
ISBN: 8496954498
Publisher: Actar
Hardcover : 300 pages
Language: English
Dimensions: 6.6 x 9.3 x 1.6 inches