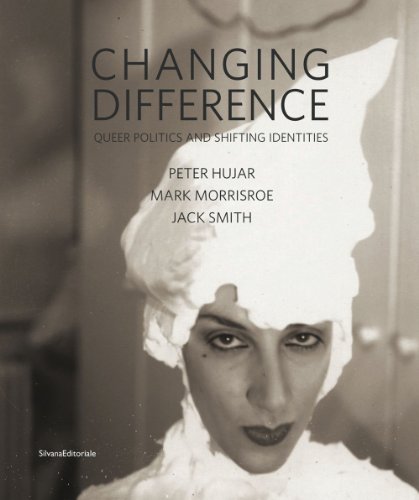 Changing Difference: Queer Politics and Shifting Identities: Peter Hujar, Mark Morrisroe, Jack Smith
by Lorenzo Fusi
Publisher's Description
Peter Hujar (1934–1987), Mark Morrisroe (1959–1989) and Jack Smith (1932–1989) all charted that uncertain territory between the subversion and the assimilation of difference, exploring how non-mainstream sexuality and gender has been experienced and perceived over the decades. Their works follow a complex parable, from the 60s right up to the end of the 80s, underlining the risks inherent in mixing art and life, as well as formal research and political struggles. At times sociological, at others highly personal, this volume compares and juxtaposes the oeuvres of these three pioneers of queer American visual art, taking the reader along an itinerary ranging from the banal to the elegiac, from the trashy to the refined, and from life to death, moving through both the various genders (male, female and transgender) and sexual orientations (heterosexuality, homosexuality and bisexuality), showing how these have been recounted through both underground and mainstream culture.
ISBN: 8836625061
Publisher: Silvana Editoriale
Paperback : 144 pages
Language: English
Dimensions: 0 x 0 x 0 inches