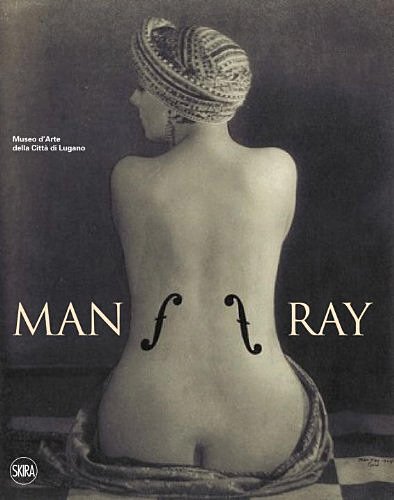 Man Ray
by Guido Comis
Publisher's Description
An exciting monograph dedicated to an extraordinary figure and one of last century’s most famous and influential artists. Man Ray (1890-1976) was a photographer, painter, and creator of objects, experimental films, and images which were at times enigmatic. This catalog, which presents more than 200 works and compares and contrasts images with biographical details, is divided into three main sections: Man Ray’s formative years spent between New York and an artists’ colony in Ridgefield, New Jersey; the Paris period; and the period spent between Hollywood and Paris, France-the city he ultimately chose to adopt as his home. The publication describes the creation of some of his most famous pieces and the motifs-very often of females-that inspired the works. Man Ray’s life was marked by a succession of love affairs with famous and intriguing women, and this catalog dedicates several sections to this topic.

The book also deals with the themes permeating Man Ray’s work throughout the years, such as his passion for chess, the relationship between reality and illusion, and experimental photography and film. Comparisons are also made with the works of some of the most important artists of the twentieth century, such as Pablo Picasso, Marcel Duchamp, Constantin Brancusi, Jean Arp, and Francis Picabia.
ISBN: 8857209741
Publisher: Skira
Hardcover : 330 pages
Language: English
Dimensions: 9 x 11.5 x 1.4 inches