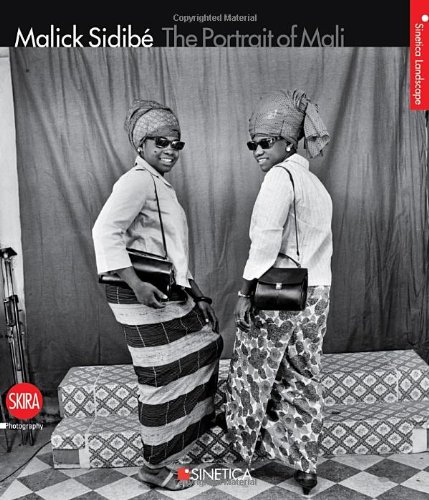 Malick Sidibe (Sinetica Landscape)
by Laura Incardona
Publisher's Description
Born in 1936 at Soloba, in the Yanfolila Cercle, Mali, Malik Sidibé is now an internationally recognized artist and is considered the greatest African photographer.

In1962, just after Mali proclaimed its independence, Sidibé opened his studio in Bamako, devoting himself to reportage and documentary photography. His famous black-and-white images portray youth culture and dance evenings in the Malian capital. During the ‘70s he turned to highly studied studio portraits which appeared, nonetheless, extremely spontaneous and fresh. Since 1999, his work has been marked by a particularly poetic approach to portraying people from behind, managing to convey their character despite such an unusual perspective.

In 2003, he received the Hasselblad Foundation prize for photography and in 2007, a Golden Lion for Lifetime Achievement at the 52nd Venice Biennale. In 2008, he was awarded an Infinity Award.