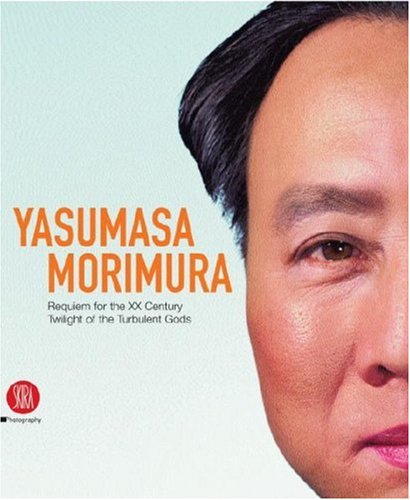 Yasumasa Morimura: Requiem for the XX Century
by Kai Itoi
Publisher's Description
Yasumasa Morimura burst onto the international art scene in the eighties with his 'Art History' series, computer-aided reconstructions of great Western paintings in which Morimura injected his own visage onto the faces of the works’ original subjects. He explored some of the central themes of art, in particular the practice of painting, providing first-person reinterpretations of works by famous European artists such as Velazquez, Goya, Leonardo da Vinci, Rembrandt van Rijn, and Monet. In this book, Maggia presents Morimura’s interpretation of a collection of key figures from the twentieth-century—some of their most celebrated images that have become icons for entire generations. Subjects such as Mao, Che Guevara, the comic Hitler portrayed by Charlie Chaplin, the histrionic Einstein, Mishima or Oswald all invite us to reflect now on the significance of their experience and the weight of their heritage: politically, culturally and especially socially. Including an interview with the photographer, Requiem for the XX Century is a beautiful and thought-provoking book sure to attract the attention not just of art and photography aficionados, but of the general public as well.
ISBN: 8861302998
Publisher: Skira
Hardcover : 80 pages
Language: English
Dimensions: 7.4 x 7.9 x 0.5 inches