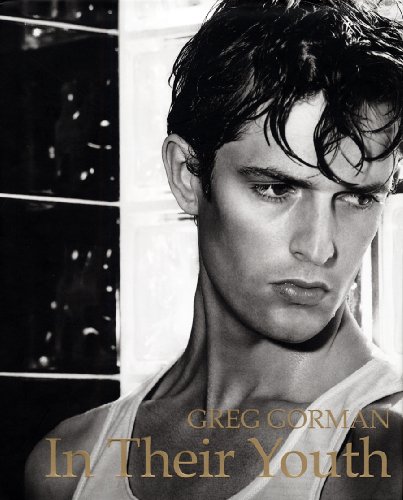 Greg Gorman: In Their Youth
by Greg Gorman
Publisher's Description
In Their Youth: Early Portraits comprises over 200 of the California-based photographer's previously unpublished portraits from the last three decades, featuring famous actors shot when they were still unknown young men, from teen years into their early twenties. "I decided to do a project that expressed my infatuation with male beauty," Gorman explains, "especially in terms of youth... the portraits don't have lots of backgrounds, they're straightforward. It's really about the person, not the elements. It boils down to the graphics of the individual more than the graphics of the setting." Gorman's intimate celebrity portraits hinge on the sense of his subjects' vulnerability. Here, famous young men are juxtaposed with photographs of promising unknowns: one of the first shots of Tom Cruise, for instance, shares a spread with some anonymous ephebe that Andy Warhol met at Studio 54.
Greg Gorman discovered his calling after taking a borrowed camera to a Jimi Hendrix concert in 1968. In 1990, after producing images for over 20 years, he published his first book, Greg Gorman Volume One, which reveals his skills as a portraitist. Gorman has created innumerable unforgettable images (for instance, a 2000 portrait of Jeff Koons shows the artist perched on a filthy toilet, flanked by two leather-clad ladies). His work has been featured in ad campaigns and has been featured on the covers of a number of magazines, including Esquire, GQ, Interview, Vogue, Rolling Stone and Vanity Fair.
ISBN: 8862080972
Publisher: Damiani
Hardcover : 140 pages
Language: English
Dimensions: 8.4 x 10.6 x 0 inches