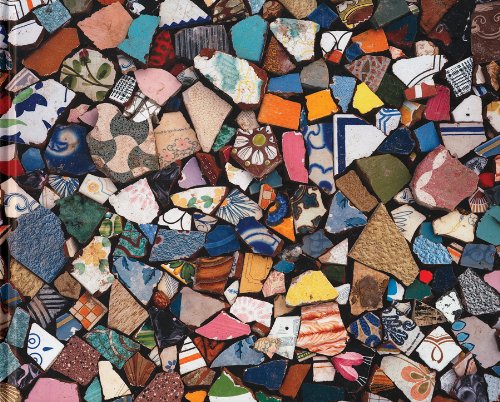 Tim Davis: The New Antiquity
by Tim Davis
Publisher's Description
During a recent stint in Rome (on a Rome Prize Fellowship), photographer Tim Davis became drawn to the peculiar status of ancient ruins. “You are standing in a field in Italy, looking at a pile of rocks. You’ve seen rocks and these are rocks. But someone else—a friend, a guidebook, a scholar—sees a temple . . .” Fascinated with the degree of meaning making that we bring to bear upon such minimal visual cues, Davis tested this perceptual shift on suburban ruins— what he calls “a soon-to-be ancient past”—and found that it was possible to make pictures that “look like archaeology, but might just be the side of the road.”The photographs in The New Antiquity trigger in the viewer that wonderful cognitive bafflement of which Davis is a virtuoso: a kind of “seeing as” that allows us to completely reconceive what is actually quite ordinary (albeit beautifully photographed) everyday imagery. The New Antiquity proves that the suburban landscape is uniform and global not only in its pristine props, but also in its decay. And as Davis notes,“The Imperial Romans did the same, shipping marble fromTunis to Turkey. This New Antiquity doesn’t come from a centralized authority, but spreads virulently through all fertile capital markets. And its rise and ruin occur quickly . . .”