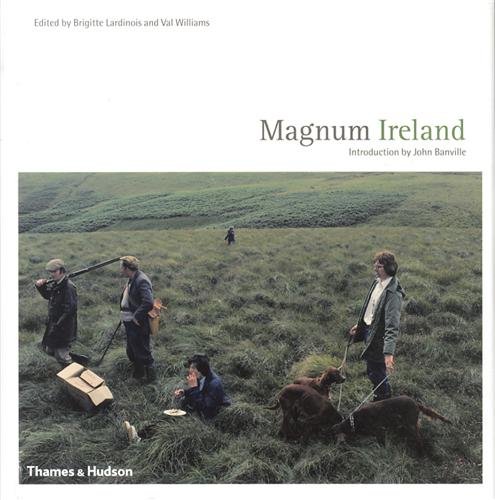 Magnum Ireland
by John Banville
Publisher's Description
From Ireland's first attempts to forge a modern identity in the 1950s to the confident country of the twenty-first century, here is a stunning survey of a beautiful and complex place and people, as seen by the unrivalled talents of Magnum photographers.

Comment and commentary is provided by six of the most notable Irish writers of our time – Anthony Cronin, Nuala O'Faolain, Eamonn McCann, Fintan O'Toole, Colm Tóibin and Anne Enright.

Organized decade by decade, the images show the lingering influence of rural life in the 1950s; the hidden stories of ordinary Irish men and women – as well as the sectarian conflict – during the troubled 1960s and 70s; and the country's renewed confidence and prosperity over the past three decades, right up to the present day.
ISBN: 0500543038
Publisher: Thames & Hudson
Hardcover : 256 pages
Language: English
Dimensions: 10.2 x 10.3 x 1 inches