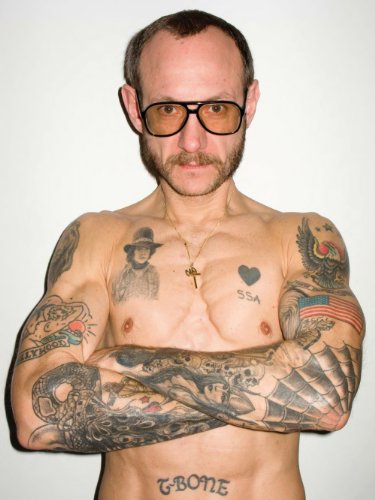 Terry Richardson's Diary 2010
by Terry Richardson
Publisher's Description
Since September 2009, the legendary fashion and portrait photographer Terry Richardson has been keeping an online photo diary, posting a new picture every day. These posts typically contain informal portraits of whomever Richardson is shooting, or whichever celebrity, artist or other public figure has dropped by the studio-either for an actual sitting or perhaps to discuss an upcoming project. Also posted to the site are examples of Richardson’s street photography-snaps of street signs, buildings and sights around New York. As with Andy Warhol’s Time Capsules, the accumulation of these candid, off-the-cuff photographs over the past three years has amounted to a social map of the most interesting people on the fashion, art, political and music scenes. Equal parts red carpet and intimate salon, the parade of people who enter Richardson’s studio is boggling in its diversity. Amongst the thousands featured in Terry Richardson’s Diary 2010 are Barack Obama, Lady Gaga, Rihanna, Angela Westberry, Frank Ocean, Richard Prince, Ryan McGinley, Donatella Versace and Kate Moss. This tantalizing array of images also provides a sense of how many of our media and pop culture images are shaped by the creative energies of one talented individual. The book is presented in a yearbook format to accentuate its origins as a daily practice.
ISBN: 8862082894
Publisher: Damiani
Hardcover Language: English
Dimensions: 0 x 0 x 0 inches