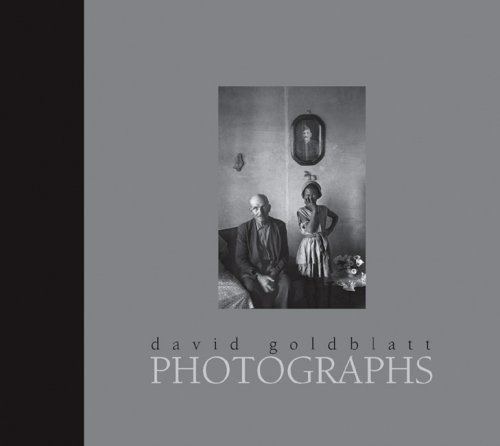 David Goldblatt Photographs
by Martin Parr
Publisher's Description
David Goldblatt is South Africa’s most important photographer. He has produced a body of work that is an original and extensive study of South Africa during and after apartheid. His On The Mines (1973), with a text by Nadine Gordimer, Some Afrikaners Photographed (1975), and Lifetimes: Under Apartheid (1986), again with a text by Gordimer, document the complexity of South African lives, and are considered milestones in the history of photography. His following work on built structures, the human landscape that speaks of the forces shaping South African society from colonial times up to the end of white domination, led to the exhibition of his most somber works, “Structures,” at The Museum of Modern Art, and to publication of South Africa: The Structure of Things Then (1998).

In 1999 he began working in color for the first time, manipulating colors and composing the images according to his nuanced view of things. This change in Goldblatt’s narrative style is registered in his publication of Belonging, on the new South African identity and urban areas, and more recently in Intersections (2005), on rural places and South African natural landscapes.
ISBN: 8869650154
Publisher: Contrasto
Hardcover : 256 pages
Language: English
Dimensions: 10.9 x 10.2 x 1.1 inches