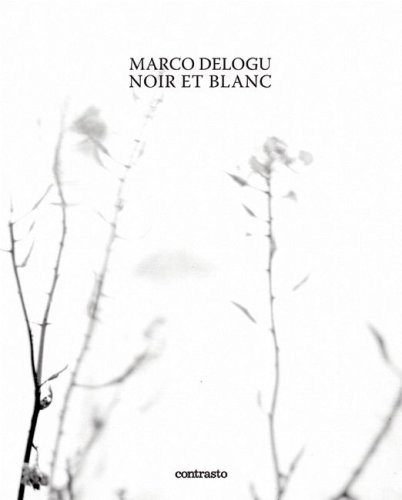 Noir et Blanc
by Marco Delogu
Publisher's Description
'Noir et Blanc' documents Marco Delogu's artistic career from the 1980s to the present for the first time. With series ranging from Cardinals, Roman Statues, and Gypsies, to Jockeys, Prison, Peasants, and Shepherds, his work is principally focused on portraiture. Delogu has only recently shifted his emphasis from man to his surroundings, with a series of studies entitled Two Migrations and Four Equestrian Studies, marking the first step toward the new sense of freedom that characterizes his latest work, Natures.

Delogu has always been interested in understanding the behavioral codes of different communities and has always sought visual and human depth. Consequently, the series of photographs that he has taken over the years do not merely probe different categories of people, but reveal the unique individuality of their subjects in a reciprocal exchange of glances.

In a gradual transition from black to white, the joyful moments of Delogu's Natures reveal a new innocence of the eye. Ultimately, Delogu seeks a fresh but always rigorous freedom and pure simplicity in visions that are independent of time, space, and even the shot itself, which becomes almost evanescent and suggests paths extending beyond photography.
ISBN: 8869651177
Publisher: Contrasto
Hardcover : 144 pages
Language: English
Dimensions: 9.6 x 11.8 x 0.7 inches