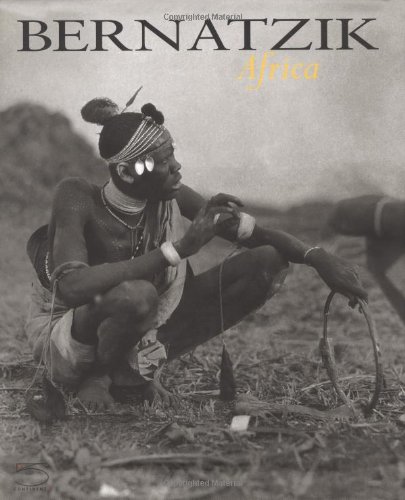 Bernatzik: Africa (Imago Mundi series)
by Hugo A. Bernatzik
Publisher's Description
The second book in this three part series, Bernatzik: Africa presents the very finest images of the Austrian ethnographer and photographer Hugo A. Bernatzik. On all his expeditions, Bernatzik sought out images that most vividly captured the essence of the people that he encountered. He loved to photograph, almost cinematographically, dance sequences and rituals such as festivals given in honor of a chief or dignitary. He was at his best in the midst of the action; through his photographs one can hear the pounding sounds of the drums, the rattling of the spears and shields and the taste of the swirling dust as it rises from the African plain. He also excelled at portraiture, capturing moments of quiet and intimacy, often fleeting and difficult when, although accepted, he always remained an outsider.
ISBN: 8874390238
Publisher: 5 Continents Editions
Hardcover : 288 pages
Language: English